Thorner/Ingold: Are Florida gun laws to blame for this week’s school shooting? 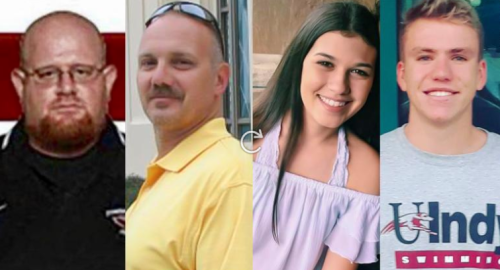 A former student unleashed a hail of gunfire in a Florida high school on Wednesday, February 14, 2018, killing at least 17 adults and children.

Broward County Public Schools Superintendent Robert Runcie not only closed the school for the rest of the week, but said grief counseling would be offered to students and their families.

Democrats immediately politicized the Florida school shooting and demanded gun control legislation, even before it was known how the shooter got his gun and whether any proposed legislation would have stopped it.

New York believes it has the answer to school shootings – blame it on Florida law.  Here’s where they’re wrong:

1.  The right to bear arms is found in the first article of Florida's constitution: "The right of the people to keep and bear arms in defense of themselves and of the lawful authority of the state shall not be infringed.

2. You don't need a permit or license to buy a gun, nor do you have to register a firearm.

4.  The state Department of Agriculture and Consumer Services must issue a concealed weapons license to an applicant as long as the person meets a certain set of requirements, including being a US citizen, being the age of 21 or older, not having a felony conviction and demonstrates competence with a firearm.

5.  You can buy as many guns as you want at one time, because Florida doesn't regulate that either.

6.  Gun sellers don't have to get a state license to sell firearms.

7,  The state does require a three-day waiting period before you can buy a gun.

President Trump, in his speech on the Florida mass school shooting, was quick to renounce the predictable claim made by Democrats after every school shooting or those occurring at other public venues.  Instead, Trump focused on mental health and school security

The student gunman, Nikolas Cruz, was privy to a very dysfunctional back ground, lacking a stable family situation to draw upon. He had also had been treated for depression at a mental health clinic.

There were many signs prior to the shooting that purported to show that Cruz's life was in a dangerous and downward free fall.  As Buzzfeed reported as happening on September 2017: A YouTube user named Nikolas Cruz left a comment on a video stating:  "I'm going to be a professional school shooter." The video's creator alerted both the FBI and YouTube.

Teen Depression of the Rise

Jean Twenge, a Professor of Psychology at San Diego State University, has seen seen teen mental health deteriorating over the past five years, when around 2012 something started going wrong in the lives of teens.  As noted by Dr. Twenge in her article of November 14, 2017, With teen mental health deteriorating over five years, there’s a likely culprit

"In just the five years between 2010 and 2015, the number of U.S. teens who felt useless and joyless – classic symptoms of depression – surged 33 percent in large national surveys. Teen suicide attempts increased 23 percent. Even more troubling, the number of 13- to 18-year-olds who committed suicide jumped 31 percent."

For Dr. Twenge, all signs point to the screen.   Although realizing that depression and suicide have many causes such as genetic predisposition, family environments, bullying and trauma, and that some teens would experience mental health problems no matter what era they lived in, Twenge noted this Pew Study Center Report as credence to her belief:

"Smartphone ownership crossed the 50 percent threshold in late 2012 – right when teen depression and suicide began to increase. By 2015, 73 percent of teens had access to a smart phone."

"Not only did smart phone use and depression increase in tandem, but time spent online was linked to mental health issues across two different data sets. We found that teens who spent five or more hours a day online were 71 percent more likely than those who spent less than an hour a day to have at least one suicide risk factor (depression, thinking about suicide, making a suicide plan or attempting suicide). Overall, suicide risk factors rose significantly after two or more hours a day of time online."

In any case, it would be wise for parents to monitor their child's cell phone and computer use for any tell-tale signs of questionable and erratic behavioral signs that could point to mental illness.

By Illinois ReviewIn a Facebook post on Tuesday, former...
Previous article
Thorner: Can Trump bring jobs back to US, or will labor shortages block the dream?
Next article
Senate GOP Leader Brady pleased with Governor’s “balanced budget” proposal