GOP LG candidate Morthland responds: “Wait until all the accounts are settled” 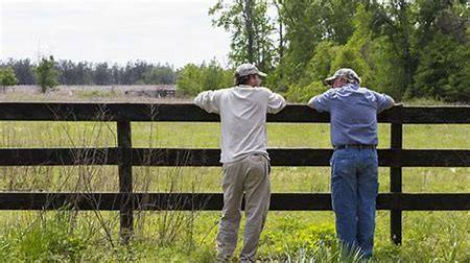 There is a tale of two farmers whose acreages sat side-by-side. They also had a non-farm neighbor. One farmer paused from work every Sunday to participate in Worship and contemplative rest, much as God’s chosen people do to keep the Sabbath. The other farmer worked on Sundays, the same as other days. Furthermore, he shunned Church.

The non-farmer knew that all farmers politely compete with their neighbors. He asked the Church-goer, “aren’t you worried that your neighbor is going to out-produce you?” The faith-filled plowman replied, “Wait until all the accounts are settled.”

Harvest time came, and by November it became clear that the fields of the more industrious, unchurched farmer boasted higher yields. The observing neighbor inquired of the six-day-a-week grower as to if his behaviors were eliciting the results he desired. The old planter patiently replied, “God does not settle his accounts in November.”

For a blisteringly rapid four months or so, I have been a small wheel in an important machine, Jeanne Ives’ insurgent campaign for Governor. Unlike our opponent, we have championed a lightly-funded, principled, honest truth-telling movement. Thank you to everyone who supported this grass roots effort and brought us from insignificance to the base camp of a victory assault. My thanks go especially to my Bride Betsey Morthland and our two daughters, all of whom have worked campaigns with me. I love you ladies, could not have done any of this without you.

Tonight, Team Ives came painfully close to prevailing, but fell short. However, make no mistake, The LORD does not settle all His accounts on March 20th…God bless and stay tuned.