Thorner: Time for parents to teach their kids history and civics 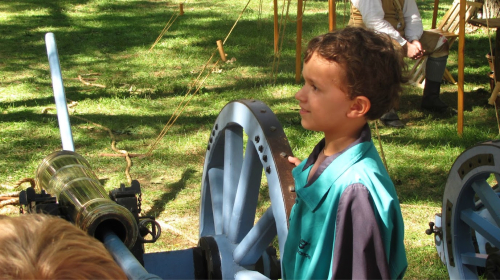 Most would agree that the United States is the leader of the world today and will only remain so if our children are prepared to meet future challenges. Some say this is the responsibility of parents, but most also realize our future is largely determined by the quality of teachers and specific curriculum provided students.

It is imperative for our children to learn world history and well as American history. One of the more popular quotes today is “Those who do not learn from history are doomed to repeat it.”

Thirty-three years ago, in 1985, the New York Times' Magazine published a lengthy article titled, Decline and Fall of Teaching History. Twenty-five years later, in 2010, results from the 2010 gold standard of testing (the National Assessment of Educational Progress) showed that only 13 percent of the nation's high school seniors, 18 percent of 8th graders, and 22 percent of fourth graders showed proficiency in their knowledge of American history.  It would be folly to believe that results have improved during the past eight years.

A once valued subject — American history — is no longer treated as a priority in our public schools, which will have dire ramifications as children grow up ignorant and unaware of the essential beliefs which have guided our nation for nearly three centuries.

Daniel Doherty in his article, The Decline of American History in Public Schools, presented these excellent reasons as to why history is important to study:

What is being taught in our schools absolutely impacts an individual's future as well as that of our nation. Obviously, our nation’s history must be taught, with examples of our successes and failures explained so that each generation has facts and knowledge to help them succeed in creating a better future.

Here are 25 American History facts that most students don't know. How well would you do?

In 2010, every state but Alaska, Nebraska, Texas and Virginia adopted Common Core educational standards, as set of requirements for what elementary and secondary school children should know in each grade.  Common Core did not originate as a "state-led" process, but a group of private trade organizations commissioned a small group of consultants to write Common Core behind closed doors. This elite-drive, closed-door process initially created a set of what can accurately be described as mediocre mandates in math and English Language Arts.  Later Science and Social Studies were added to the Common Core curriculum.

Joy Pullmann, an authority on Common Core, relates in her article, If Anything, Common Core Teaches Kids to Hate the Constitution, that although "the Common Core identifies three text — and only three texts — that every American student must read: the Declaration of Independence, the U.S. Constitution (Preamble and Bill of Rights), and Abraham Lincoln’s Second Inaugural Address,” Hillsdale's history professor Dr. Terrence Moore, upon thoroughly examining Common Core mandates, was shocked to find that the texts have been artfully selected to convey a particular bias against the Founding Fathers.  In his book, The Story-Killers, Moore notes how the first mention of the Constitution is in middle school, and Common Core only recommends that students read the Preamble and First Amendment.

As to why legislators are not concerned with the biased and abbreviated ways in which the very important Founding Documents are being presented?  Simply seeing the words Constitution, Bill of Rights, and Declaration of Independence seems to satisfy them.  As to parents, most have no idea what their children are being taught in the public schools under the guise of the Common Core curriculum, which was portrayed as reform agenda.

New Civics as a form of anarchy

A 2016 survey by the Annenberg Public Policy Center found that only 26 percent of Americans can name all three branches of government, which was a significant decline from previous years.   Only nine states and the District of Columbia require one year of U.S. government or civics. Thirty-one states only require a half-year of civics or U.S. government education, and 10 states have no civics requirement.

Civics in the traditional American sense meant learning about how our republic governs itself. Now there is the dangerous rise of "New Civics."  While New Civics claims the name of civics, New Civics is really a form of anti-civics.  The New Civics sweeping colleges and K-12 teaches that citizenship means looking for grievances, then agitating for bigger government to address them.  Expressly, if U.S. civics education exists at all, is being transformed into a political machine to push left-wing causes, undermine American government, and incite civil unrest.

According to Peter Wood, NAS President:

“Its largest preoccupation is getting students to engage in coordinated social action. Sometimes this involves political protest, but most commonly it involves volunteering for projects that promote progressive causes. Whatever one might think of these activities in their own right, they are a considerable distance away from what Americans used to mean by the word “civics.'”

Find here a 525-page report about New Civics from the National Association of Scholars, which joins the growing number of critics who believe that some version of traditional civics needs to be restored to American education.  This should be a bi-partisan concern. For America to function as a self-governing republic, Americans must possess a basic understanding of their government. That was one of the original purposes of public education and it has been the lodestar of higher education in our nation from the beginning.

Cal Thomas, in his article, Millennials are clueless about Socialism (call it the 'Bernie Sanders effect'), writes:

“Many millennials are OK with socialism, even communism, according to a YouGov poll commissioned by the Victims of Communism Memorial Foundation.  Forty-five percent of those polled between the ages of 16 and 20 said they would vote for a socialist, while 20 percent said they could vote for a communist.”

Even more shocking is the poll's discovery that:

Cal Thomas reasons that "in part, these results are a product of a public education system that increasingly treats all ideas and organizing principles — save democracy and capitalism — as equal. Moral judgments are not to be made, thanks in part to an emerging philosophy divorced from right and wrong."

Liberals, through the adoption of the Common Core agenda in our schools, are succeeding in shaping young people’s minds, which should be a call to parents to rescue their children from an education system that is failing them on many levels.